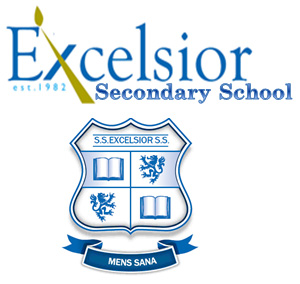 Excelsior High School was established on 27 April 1982. The school consisted of approximately 600 pupils and 24 teachers. Despite humble beginnings, the school grew in size and number, and excelled in the academic and sporting spheres. During that time the school were named Belhar Nr 2. This was an unforgettable year for Belhar Nr 2.-unrest spread through South Africa. Police stormed the school and many pupils and teachers were injured. Little did pupils, and especially teachers know this was merely the start of things to come.-boycotts, stay-aways, placard demonstrations, marches etc during 1982-1985. Things could only get better for Excelsior High School. We received the award from The National Education Department for excellence. Under Vraagom`s capable leadership, support of the teaching staff Excelsior finally came of age, and could seek competition with the best schools in South Africa. Our school has grown on more ways than one since its humbling beginnings and now rates as one of the top schools in the Western Cape. Evidence of this can be found no matter where one looks at the school.

The name Excelsior means “Ever High”. Our Motto, “MENS SANA” means “A SOUND BODY IN A SOUND MIND”

We believe that this motto encourages our learners to keep pushing on, and striving to do better. We believe that Excelsior High School aims to create opportunities for growth in each individual. Each pupil should be asking, how can I grow and move forward.In recent years the school has set a fine example of how South Africans can work together in our post apartheid society. The staff and pupils cover the full spectrum of our different cultural identities in the Western Cape.